The Once and Future Harp: An Introduction

In 2020, I had the privilege of receiving a Fulbright research award to move to Ireland to pursue a Master’s Degree in Irish Traditional Music Performance at Maynooth University, as well as research Irish Harp Accompaniment in the 20th Century. This was a fantastic life-changing opportunity despite the dampening effect the Covid-19 pandemic had on the entire experience. Over the course of that year, I wrote a thesis on harp accompaniment of traditional songs from 1900-Present. I am adapting portions of my thesis work into blog posts that I hope many will enjoy and find interesting and informative. I find that there are just not enough resources on Irish harp history, especially history about the Irish harp as the Irish musical tradition moved into the modern era of the 20th century and beyond. I am not sure how much my thesis has to add, but hopefully it will at least prove enlightening to some who have never studied the topic!

This research is a brief exploration into the rarely examined world of Irish harp accompaniment from the twentieth century to present. From Mary O’Hara to Michael Rooney, the harp remains a much lauded, but rarely utilized, collaborative instrument for the performance of unaccompanied traditional song. The practitioners of this type of harp performance practice vary widely. Mary O’Hara was arguably the first modern harpist whose entire professional career was built upon a repertoire of harp-accompanied songs. Following her success, the momentum of the Irish harp revival accelerated in the latter decades of the century, and new musicians with more modern approaches to accompaniment took centre stage.

My own interest in this area study deserves mentioning. I would never have dreamed of undertaking this area of research or even attempting to pursue a career as a harpist/accompanist were it not for a serendipitous obsession dating back to my primary school years with the band Celtic Woman. Dublin-born harpist Lisa Kelly, who played the harp and sang in the TV presentations of several Celtic Woman concert tours, inspired me to attempt to play harp and sing simultaneously. Many years later, I too am a professional harpist and singer, and I owe her a debt of gratitude for inspiring me to attempt to replicate her playing style and introducing me to the concept of the harp as a self-accompaniment instrument.

I have been seriously exploring self-accompaniment with the Irish harp for over a decade. Much of what I know of accompaniment techniques and Irish traditional song is due to the long-term tuition and guidance I have received from guitarist Dáithí Sproule. His encouragement and direction in performing traditional Irish language songs with the harp have been indispensable. But as time went by, I grew more and more curious to learn from other harpists who could speak in more detail about accompaniment patterns and techniques specific to harp. This was the dominant impetus for me undertaking this master’s degree program and exploring this research area.

Undertaking this project during the heart of the Covid-19 pandemic caused some challenges to accessing resources. The majority of this project was completed while under a full stay-at-home lockdown during the winter of 2021. This created many challenges in finding research materials and as a result almost all research completed was through online sources and archives. Any glaring gaps in the research materials are due to this unfortunate fact, and I hope I have done at least partial justice to the topic despite the unusual constraints this year has imposed upon research opportunities.

My main purpose in this research was to answer the question…

Along the way I also looked to find answers to the following questions:

Part 1 will offer a summary of Irish harp accompaniment from 1900 to 1950 by surveying the key figures, facets, and movements within Irish traditional harp playing that propelled the Irish harp from a mainly symbolic role to a widely practiced instrument for Irish traditional music. Look for it next week!

The following parts will be released over the coming months. Please keep an eye on this blog to learn more. 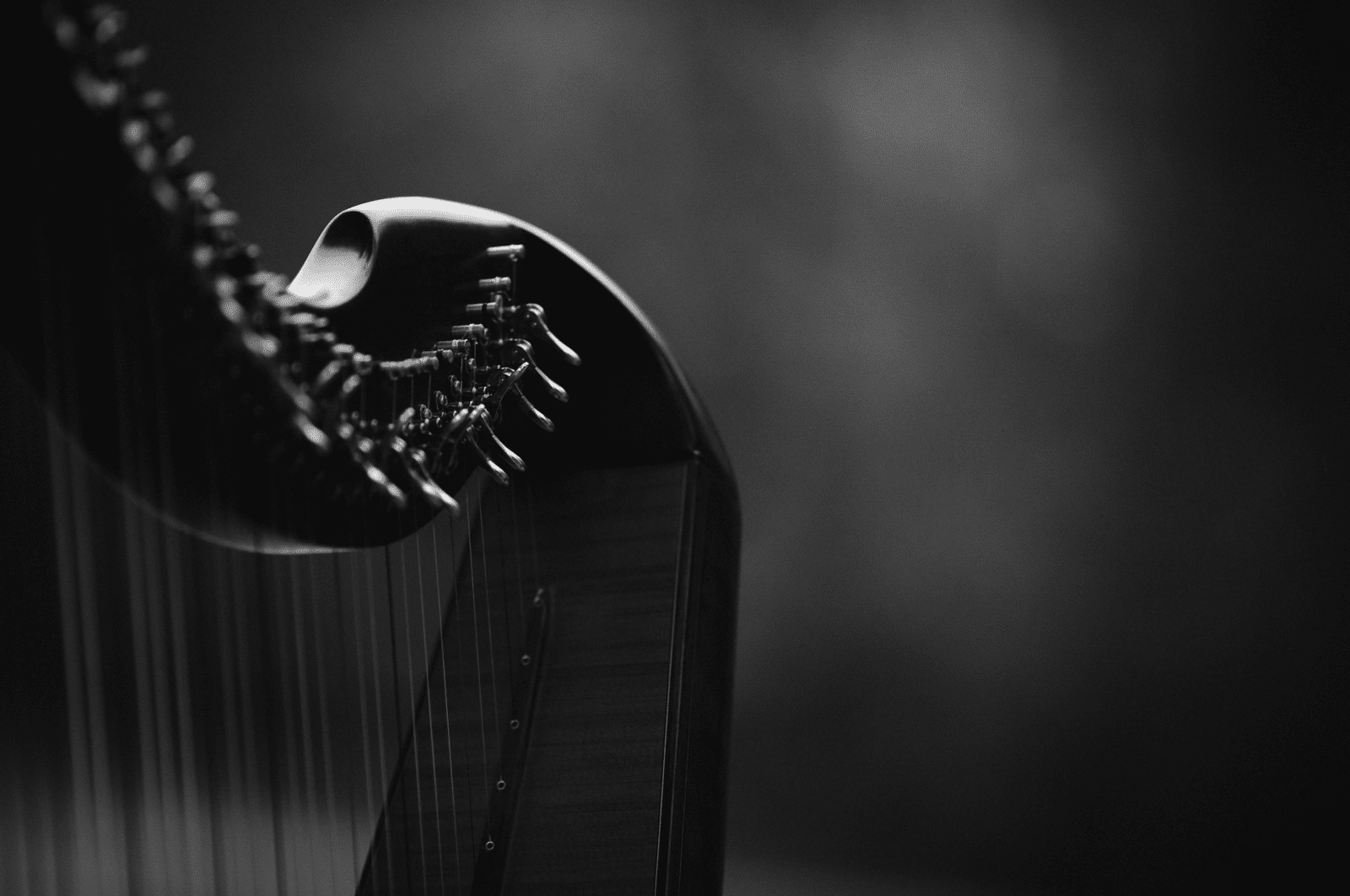